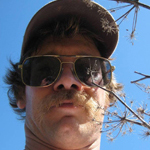 This talk will examine the relative importance of climatic, tectonic, and anthropogenic drivers as triggers of arroyo formation and environmental change for a small watershed on southwestern Santa Cruz Island, off the coast of central California. Within the Pozo watershed, historic arroyo incision occurred contemporaneously with arroyo incision across many of the worldâ€™s dryland regions. Unlike many of these other sites, Pozo contains a dateable record that allows quantification of aggradation rates from the mid-to-late Holocene to the 20th century. Basin-wide environmental changes were assessed using a combination of cosmogenic radionuclide inventories, midden and marine-shell deposits, relict soil properties, airborne and ground-based lidar data, ranching artifacts, and historic written records. Shortly after the introduction of grazing animals in the mid-nineteenth century, localized aggradation rates on the Pozo floodplain increased by two orders of magnitude from 0.4 mm/yr to ~25 mm/yr. Accelerated aggradation was followed by arroyo formation ca. 1878 and rapid expansion of the incipient gully network, the lateral extent of which has been largely maintained since 1929. Basin-averaged erosion rates from cosmogenic radionuclide measurements indicate that pre-settlement rates were <0.08 mm/yr, while lidar-derived measurements of historic gully erosion produce estimates almost two orders of magnitude higher (~4 mm/yr). We argue that accelerated aggradation due to overgrazing set the stage for arroyo formation in Pozo watershed between 1875 and 1886. This period coincides with an unusually large rainstorm event in 1878 that further facilitated arroyo formation. Field measurements indicate that the active channel of the Pozo basin is again aggrading, and aerial images and survey data record widespread vegetation recovery, often dominated by invasive species, since the completion of livestock removal. 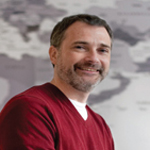 This presentation begins by looking at the formation of Americaâ€™s first intelligence agency, known as the OSS, and the involvement of scholars and academics in its mission. Specifically I will trace the work of the Map Division of the OSS, which was directed by Arthur Robinson, later professor in the Madison department of geography and creator of the map projection which bears his name. Robinsonâ€™s Map Division made hundreds of maps for the Joint Chiefs of Staff (including some for the Normandy landings), built patented 3D models of terrain which prefigured todayâ€™s â€œ3D printingâ€ and supplied cartographic products to President Roosevelt at secret meetings with Churchill and Stalin. Images and illustrations from the archives of this work will be shown. Recently declassified personnel files show that the OSS employed hundreds of academics from many disciplines until it was disbanded in 1945. Its successor agency, the CIA, as well other agencies in the intelligence community (IC) also maintain many ties to science (and vice versa). In the concluding part of this presentation I will therefore reflect on what these ties may mean. How may scholars, traditionally working in an open community, work with intelligence, traditionally working in a closed, even clandestine community? Will intelligence become more open--what the IC calls open source intelligence (OSINT)--either deliberately or by circumstance (WikiLeaks)? Or will scientific data collection, for example of environmental observations dependent on satellite observations, become more closed? (The CIA's Center on Climate Change and National Security recently asserted the right to deny release of any of its work on national security grounds.) To pose these questions of the intelligence community is to acknowledge the information asymmetries that exist: it knows increasingly more about us and our world, but we know very little about it. 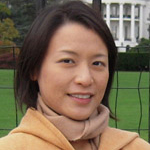 Ecological restoration has long been acclaimed as a synergy of science and practice and as a democratic practice. Adapting the concept of â€œboundary-workâ€ from science and technology studies, my study addresses tensions among science, practice, and public participation in ecological restoration. First, I demonstrate that scientific research and practical management have different concerns and objectives. With the increasing specialization of restoration as a science and as a profession, it has become more and more challenging to seek integration between the two subfields. Second, focusing on the university arboreta, I explore tensions between professional practitioners and volunteers with regard to how they interpret ecological restoration and the role of public participation. Rather than portraying public participation as simply a win-win collaboration between environmental organizations and volunteers, my study illustrates how institutional identity and power hierarchy complicate the participatory processes. Whereas the dominant trend in both academia and in the public realm is to seek integration (of science and practice) and collaboration (between experts and the public), I argue that it is necessary to also understand different social groupsâ€™ perspectives and their ambivalences about crossing the boundaries. 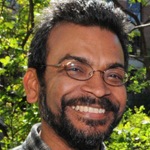 Despite their ubiquity and importance, the study and analysis of multiple outcomes remains uncommon for social-ecological systems. But an analytical focus that moves beyond the examination of single towards multiple outcomes constitutes fertile grounds for research. In this presentation, I examine patterns of relationships between carbon, livelihoods, and tree diversity outcomes using a unique dataset on forest commons. Co-sponsored with the Land Tenure Center. Note special time of 4:30 PM.

Humanist geography is a misleading label, for "humanism" suggests secularism, whereas I take it to be a view of the human being that builds on a religious foundation. It is a sign of our impoverished times that the word "religion" immediately invokes a picture of fundamentalist ranting--of preachers asking "Are you saved?" and promising damnation if your answer is less than a full-throated "Yes!" Suppose someone asks me, "Are you religious?" how would I answer? As an intellectually serious person, I don't think I can dodge the question, all the more so because I am a humanist geographer, whose view of what it means to be human is colored by religion--and, in my case, primarily by Christianity. What appeals to me in Christianity is its complex view of the human person and the human condition--a complexity and a uniqueness that are captured by the words paradox, extremism, and unnaturalness. 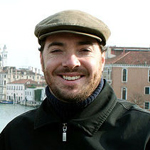 Part of a larger research project on the history of classical archaeology and urban Rome in the nineteenth century, this lecture examines two prominent expatriate networks that engaged with Romeâ€™s monumental landscapes during this period: architecture pensionnaires of the French Academy in Rome, and archaeologists of the Prussian-led Institute of Archaeological Correspondence. Both institutions profoundly influenced the crystallization and early development of modern classical archaeology over the nineteenth century, but scholarship on this foreign production and consumption of ancient Roman heritage has remained largely disjointed from the dynamic Italian context in which it operated. By situating the repeated practices, knowledge production, and network connections of these groups within the material history of the monuments and the national politics surrounding the construction of a new capital, this lecture argues that these expatriate networks impacted the landscape of Romeâ€™s eventual â€˜monumental zoneâ€™ as well as the institutional structure of Italian national archaeology after 1870. As such, they offer a compelling case through which to explore the foreign production national heritage, and more broadly, host experiences of international travel and mobility. 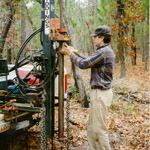 November 11 - The Universal Model of the Driftless Area, Geomorphic Benchmarks, and Tribute to the Career of James C. Knox
David S. Leigh
University of Georgia, Department of Geography

Professor James C. Knox, Evjue-Bascom Professor-at-Large, served for 43 years in the Department of Geography at the University of Wisconsin. From his humble beginnings in a one-room school in Grant County, Wisconsin, Jim ended up supervising the completion of 30 Ph.D. degrees, and he and his students significantly have shaped modern geomorphology. Several themes of Jimâ€™s research, centered around empirical field data gathered around the Driftless Area of the upper Mississippi River valley, have grown to serve as models for other researchers around the world. These themes include the consideration of paleoclimate and climate change in the analysis of dynamic fluvial systems, the Quaternary history of the enigmatic Driftless Area, human impact on fluvial systems, and contributions to geomorphic theory concerning graded streams, thresholds, and lag times. This colloquium acknowledges and celebrates Jim's contributions to the disciplines of geomorphology and geography as a whole. Held at the University Club at 3:15pm (refreshments at 3:00). Retirement reception for Jim Knox immediately to follow. 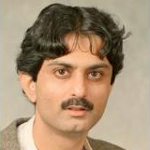 There is increasing recognition of the importance of non-formal or â€œneedâ€ economies to urban livelihoods and urban living. Yet there is scant analysis of how non-formal economies and livelihoods depend on the ability to use urban space, and how the workings of law enable or constrain this. Indeed, law and other common forms of sovereign power (such as municipal ordinances) actively produce urban space and its conditions of access. Since most non-formal production hinges on being able to, both, circulate and sequester materials at different stages of the production cycle â€“ and since production cycles themselves exhibit diverse spatio-temporalities based on the nature of what is being produced â€“ varying capacities to tap into and navigate urban spaces can have enormous bearing on the economic viability of an activity. Using the case of municipal solid waste, I examine how judgments handed down in two landmark Public Interest Litigations (PILs) have impacted municipal solid waste management practices in metropolises such as Delhi, altered their legal topographies, and undercut the already precarious livelihoods of those who work in non-formal waste economies. The predicament of non-formal waste economies is illustrative of the growing vulnerability of many other realms of non-formal production as law, interleaving with other processes, transforms urban spaces in India, creating new forms of social exclusion. 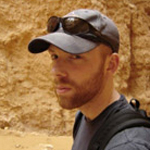 December 2 - Sky-watching: The Ground Observer Corps and the Ordinary Cold War
Matthew Farish
University of Toronto, Department of Geography and Program in Planning

When it was disbanded in 1959 the US Ground Observer Corps (GOC) was described in the New York Times as "the greatest civilian peacetime volunteer defense organization in the history of the nation." During the Second World War, and again during the 1950s, the GOC recruited hundreds of thousands of 'skywatchers' to scan the horizon for enemy aircraft. Using government documents, participant testimonies, and archival sources, this presentation will use the GOC to assess the history and geography of 'ordinary', everyday militarization in the United States. By the middle of the 1950s, the GOC was a significant cultural phenomenon, an overtly national and public initiative. It was dependent, like related civil defense programs, on a combination of fear and preparation. But the GOC's relationship to concurrent UFO crazes -- sparked in part by reports of mysterious objects from skywatchers -- also suggests that the cultivation of Cold War citizens and the creation of a secure state were both precarious projects.