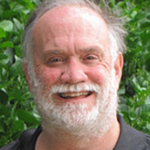 This talk is is part of the 2012 Wisconsin Ecology Symposium and will begin at 3pm in the Genetics-Biotechnology Bldg Auditorium (Room 1111), 425 Henry Mall. See www.ecology.wisc.edu/symposium for details on the full sumposium. 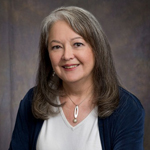 The concept of race has been a dominant theme in the discipline of geography since its inception, but receded from disciplinary attention in the decades following World War II. When it re-emerged in the context of the Civil Rights movement in the U.S, it was soon subsumed in discussions of class on the part of radical geographers, or as a lonely variable in rationale accounts of spatial segregation. When it emerged again in the 1980s in the context of poststructuralist geography, the geographers of colour who had established anti-racist practices (particularly African American geographers) were largely ignored and geographies of race and racism became, ironically, a largely white territory. This seminar presents an alternative biography. 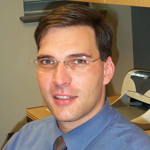 This talk will discuss theoretical points related to conceptualizations of â€œidentityâ€ in geography, which will be illustrated with examples from my past and current research on the significance of national and regional identities in the context of European integration (with a focus on the case of Denmark) and the geography of memory (the international commemorations of â€œD-Dayâ€ and the 1944 Battle of Normandy). 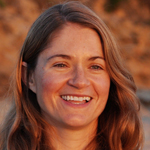 New-demand side conservation efforts including multi-stakeholder roundtables and zero-deforestation agreements are changing production dynamics in Brazilâ€™s cattle and soy sectors. These policy interventions have been identified as possible drivers of reduced deforestation rates over the last several years, but our understanding of the mechanisms is extremely limited. We are evaluating these demand-side instruments by quantifying and mapping changing patterns of domestic consumption and international trade, stakeholder interviews along supply chains, and spatial analyses to quantify response. Here we will present a new property-level analysis of rancher and slaughterhouse response to the zero-deforestation cattle agreement. To accomplish this, we developed novel methods to map individual cattle suppliers at the property level and trace the slaughterhouse supply chains before and after the cattle agreement. Our results show that ranchers affected by the agreement are more than twice as likely to register their property, and that slaughterhouses have reduced deforestation in their supply chain by roughly a third. Critical weaknesses remain including a limited sphere of influence, exclusion of smallholders, and corruption. 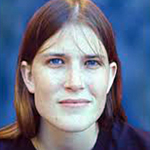 November 2 - Web Mercator: A good use for an old map projection, or just another visit by a mental imperialist?
Sarah Battersby
University of South Carolina, Department of Geography

For years there has been debate over the impacts of the Mercator projection and its influence on our perception of geographic areas and representation of spatial patterns. While the map has fallen out of general use for paper maps, a new flavor of the projection (Web Mercator) has become the standard map projection for many web mapping services, such as Google Maps, Bing, and ArcGIS online. Unfortunately, while Web Mercator has numerous technical benefits for web mapping, there are significant concerns about its acceptability for general purpose mapping of large geographic areas â€“ for instance, accuracy of spatial relations and calculations, and, of course, a return of the old suggestion that use of Mercator is influencing our global-scale cognitive maps. Though recent(ish) research (late 2000s) has indicated that Mercator may not have had as much impact on our cognitive maps as was suspected earlier, it seems that as we shift into a time of more extensive web map use we may need to reconsider the potential impacts of the projection. In this presentation, I will evaluate the technical merits of the â€œnewâ€ Web Mercator projection, the cognitive and educational impacts, and best-practice challenges that face everyday users and designers of web maps. I will also present some exciting developments in map projection research from across the projection research community that may help move us towards better alternatives that would be effective for both global- and local-scale web mapping. My goal is not to demonize the projection, but to provide a view of the good, the bad, and the questionable aspects of the projection that we should be attentive to (in research and cartographic design) as we move towards increased use of web mapping for display and analysis.

New configurations of web-based system architectures and unprecedented capacities for digital storage have meant an increased discursive and material significance of online social interactions. For instance, one can easily point to â€˜the cloudâ€™ as a particularly recent reconfiguration of long-standing server-client architecture: an example that perhaps overstates its architectural newness. Increasingly, however, these media-centric shifts toward the online and the interactive have enabled for-profit and nonprofit organizations to capture the attention of potential customers, constituents, and members through online social and spatial media.In research on the everyday information- and data-practices of community-based organizations, websites and their appendaged mobile applications such as Facebook, Twitter, Foursquare, and Pinterest are examined as the emerging media toolset to build sustained connections to funders, constituents, and other members. Conceptualized as practices of externalization, these technologies and these new pressures around the utilization of social and spatial media have made the daily work of nonprofits more complex. Indeed, as the landscapes of digital information technologies continually shift their interfaces, protocols, and membership settings (including privacy configurations), I suggest that this new normal -- of persistent change in online digital media -- presents challenges for collective memory and the attention-work of community-based organizations. Taking up and responding to concerns around the implications of digital information technologies on memory and culture, this paper places the struggles over exteriorizations as a significant aspect of everyday work in collective action. 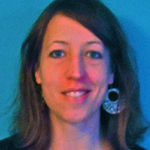 Biomimicry has been called a â€œkey driver of innovationâ€ and a â€œgame changerâ€ in material production. Promising technologies and processes that mimic 'nature,' biomimicry's most vocal advocates imagine it as a definitive solution to the ecological crises generated by industrial manufacturing. Biomimcry 3.8, an organization seeding the field of biomimetic design through education and consulting, encourages engineers, designers, and architects to draw on "3.8 billion years of research and development" to produce technologies that "sip energy, shave material use, reject toxins, and work as a system to create conditions conducive to life"(biomimicry.net). These advocates hope for a new regime of production, grounded in the inauguration of a new era of human-environment relations that lauds the "genius" of nonhuman life. In this lecture, I analyze this "new nature" and "new production" imagined by biomimicry's advocates and practitioners. I explore how biomimicry seeks to utilize natural resources not as limited materials to extract, but rather as inspirational elements. This offers an imagined future of production unencumbered by limits, where ecological sustainability and economic growth are no longer mutually exclusive. But, rather than finding the development of a new logic of production, I find well-worn processes of resource enclosure and privatization, now taking place around "immaterial" aspects of nonhuman life. 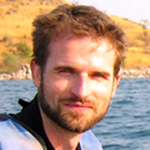 Maps are the starting point for most large-scale conservation initiatives. As spatial data on biodiversity, threats, and ecosystem services become increasingly available, these resources allow ever more sophisticated targeting of investments in conservation. I will present results of our recent and ongoing analyses of threats to the worldâ€™s rivers and to the Laurentian Great Lakes, and how they relate to patterns of biodiversity and ecosystem services. These syntheses reveal broad spatial patterns that are sometimes surprising, and can help to guide prioritization of conservation efforts. In particular, merging data on threat status with the geography of conservation targets (fisheries, biodiversity) can identify key opportunities based on the feasibility of improving ecosystem conditions. This approach provides a model that can be applied broadly across spatial scales, ecosystem types, and conservation goals. 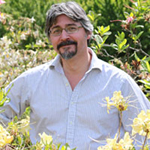 After decades of neglect and treatment as an incidental nuisance, mosquito populations in the United States Southwest are resurgent and have become the focus of increased attention as a health hazard vectoring West Nile Virus. This presentation summarizes work by an interdisciplinary team of entomologists, climatologists, remote sensing specialists, spatial theorists, and political ecologists seeking to understand disease vectors in southern Arizona. Drawing on interviews with homeowners as well as mosquito control professionals from the public and private sector and a review of industry and government data, I argue that (1) Mosquito control represents a small and fickle niche market for global agri-chemical companies, making it an â€˜orphan industryâ€™; (2) Public mosquito control districts are marginal institutions in local government, vulnerable to budget raiding and underbidding, making them in effect an â€˜marginal stateâ€™; (3) This leads institutions to exhibit problematically high levels of specialization and to trend through boom and bust cycles in mosquito control that cannot maintain a robust public mosquito control infrastructure; (4) The resulting landscape of management leaves homeowners to improvise their strategies and concerns, leading to an â€œinternalizationâ€ of responsibility for public health and a decline in expectations of state intervention, all with serious implications for public health.