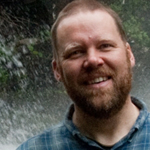 September 20 - Land use change and biodiversity after the collapse of the Soviet Union
Volker Radeloff
UW-Madison, Department of Forest Ecology & Management

When the Soviet Union collapsed in 1991, it set off one of the largest land use experiments in human history. Markets were liberalized, properties privatized, and subsidies discontinued. As a result, the agricultural sector collapsed in large areas, causing widespread agricultural abandonment, and illegal logging in some hotspots. Interestingly though, different countries in Eastern Europe responded very differently to the collapse. While agriculture vanished in parts of the region, it is now remarkably productive in others. All of these changes affected wildlife populations greatly. In the 1990s, wildlife populations plummeted as poaching soared. However, after 2000, many wildlife populations rebounded, and the abandoned fields provide new habitat for some. The collapse of the Soviet Union thus highlights is the importance of socioeconomics shocks for land use trends and wildlife, and also how hard it is to predict such events and their indirect effects. 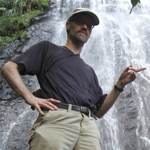 In December 1930, a solid majority of the Milwaukee Common Council voted to support a proposal to enclose a segment of the south side’s degraded Kinnickinnic River in a box sewer tunnel. Less than two years later, the proposal had been shelved permanently, and instead the city would begin implementing a plan to “renaturalize” the river as part of a parkway system. How did the social and ecological future of this stretch of the Kinnickinnic, often called Milwaukee’s “forgotten river,” change so dramatically in such a short period of time?

I draw on ongoing archival research to present preliminary findings about the trajectory of this remarkable transformation of the Kinnickinnic’s future, and I also suggest that this historical case study carries potential implications for how we might go about theorizing and constructing conceptual frameworks in urban political ecologies of the present day. My reflections focus on three major themes pertaining to urban ecological change: the question of power relations and the political; the question of environmental and social justice; and the question of the role and status of the nonhuman. 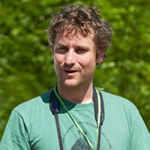 
Over the past few decades, invasive species have been one of the bugbears of biodiversity conservation. While they are often considered a biological problem, they are interwoven with myriad social complexities. In this presentation, I review several examples of this interweaving to demonstrate how our traditional approach to invasive species is inadequate. I argue that we require i) a broader and more inclusive approach that incorporates the views of diverse stakeholders; ii) more positive language rather than previous fear-mongering (e.g., “invasional meltdown”); and iii) greater acknowledgement of ongoing global change and the uncertainties it introduces. While this agenda may seem defeatist, it instead seeks to align with socio-ecological complexities and points towards a more realistic and hopeful vision for the future. 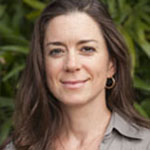 Despite the odds, grassroots movements can pose serious challenges to both governments and corporations. Yet this story is rarely a simple David and Goliath parable. Grassroots protestors act from a variety of motivations, and their visions of development may evolve in complex ways. Meanwhile, their relative powerlessness obliges them to forge an array of shifting alliances and innovate a range of adaptive strategies. Conflicts over environmental issues involve many different stakeholder groups, including local communities, governments at a range of scales, non-governmental organizations, grassroots organizations, and corporations. These disagreements mainly concern ways that natural resources – including mineral resources, biodiversity, open space, etc. – should be governed. I will draw upon my research on grassroots engagements with mining in the South Pacific and community debates about urban wetland governance in New Jersey to examine the following questions: Under what conditions do grassroots environmental struggles arise, or not? What internal and external factors shape these processes? What informs their outcomes? 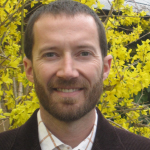 The focus of water development in much of the Global South is shifting away from an emphasis on agrarian growth to a neoliberal emphasis on GDP-centered urban growth. This is reflected in India where recent state policies and development donor agency funding patterns, focus on expanding and stabilizing urban water supplies. Yet most of India’s water, particularly in densely populated areas, is already allocated to irrigation. This talk examines the political-economic, technological and ecological processes through which agrarian water is being transferred to urban spaces. Drawing on a case from the northwestern Indian state of Rajasthan, I attempt to connect recent scholarship on ‘water grabbing’ with research on the politics of water infrastructure, to both explain this process and to explore what it means for irrigated agriculture and urban water access. Findings show that farmer livelihoods are under threat and agricultural productivity is in decline, while urban water supply is highly uneven and socially stratified. The conclusion draws into question the need for a supply-side solution to urban water scarcity. 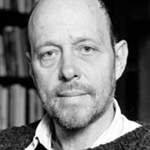 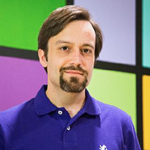 Massive Open Online Courses (MOOCs) have emerged as a rapidly-growing trend in distance education. By their nature, MOOCs provide a new form of access to courses without tuition costs to students, and they challenge traditional models for university education which emphasize high levels of one-on-one contact between instructors and students. In this talk I describe experiences and lessons learned from designing, developing, and teaching one of the first MOOCs on Mapping. The course, called Maps and the Geospatial Revolution, was offered through Coursera, a popular platform for delivering MOOCs. Over 41,000 students from around the world enrolled in the first offering of the class, signaling a large demand for basic cartographic education. The talk will highlight a wide range of challenges and opportunities around MOOCs on Geography. Among many possible impacts, research on map use and design, as well as education and outreach to improve exposure to our discipline appear poised to benefit from engagement with thousands of students in MOOCs. 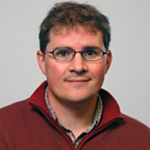 During cold stages of the Pleistocene, when much of North America was under continental ice sheets, a large region of Yukon and Alaska was unglaciated.  This region of Beringia was connected to Eurasia via the Bering land bridge but separated from the rest of North America by glaciers.  This isolation of Beringia from the rest of North America has led to a popular view of this region as a ‘northern refugium’.  However, when considered over the long timescales of the Middle to Late Pleistocene it becomes apparent that these cold stages were times of expansion of the steppe-fauna and biogeographic exchanges with the old world.  In this talk, I will present recent work on our understanding of Pleistocene Beringia, the remarkable preservation of ice age records in relict permafrost, at some sites approaching 800,000 years, and the rapid transition at the end of the Pleistocene that led to the catastrophic losses of the Beringian fauna. 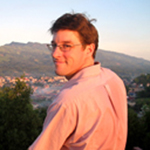 November 15 - The King yields to the village? A micropolitics of statemaking in Northwest Vietnam
Christian Lentz
University of North Carolina, Geography Department

The village in Vietnam has long been a subject of scholarly inquiry and a site of state power. I bring these two observations together to investigate statemaking in highland Northwest Vietnam and micropolitical relations between state agencies, rural areas, and villages. In and around the socially diverse communities of Äiá»‡n Biên Phá»§, essentialized village and state ideas emerge as idioms of power. Embedding these communities in ruling relations locates ideological dimensions of statemaking, such as abstract notions of village and state, in their generative contexts. Tracing them back to conflicted power relations engages modern forms of governmentality to reconceptualize political tactics, strategies, and technologies as ideologically-generative practices. Demarcation, for example, is a state tactic that produces multiple ethnic, sovereign, and spatial boundaries—ideological forms that pose hazards for researchers and subaltern subjects alike. Drawing on ethnographic data collected from 2006-07, I explore the author’s access to and denial from village field sites to position the researcher amidst the same power relations under study.

As the world’s population becomes more urbanized and affluent, it remains unclear how land use and land cover will change. While vegetation could recover where rural populations decline, the increasing global demand for agricultural products could lead to more deforestation. To understand these dynamics, we analyzed population and land change across the 16,050 municipalities in Latin America and Caribbean. Although 26% of the municipalities lost population, there was no relationship between woody vegetation change and population change at the municipality level. Woody vegetation increased in the Caribbean and Mexico/Central America regions, and in the desert biome, but deforestation was extensive in South America. This study highlights the importance of global food demand and climate change over local population change as drivers of land change. 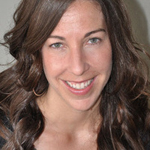 As U.S.-based transnational corporations search for new frontiers for capitalist growth in the context of ongoing economic crises, corporations, such as Nike, Chevron, and Walmart, are investing in poor girls and women of color in the Global South as the new engines of global economic growth. Through their corporate social responsibility efforts, they have begun partnerships with traditional development institutions to create new educational programs targeting this population. Drawing on ethnographic fieldwork in the U.S. and Brazil, I explore this phenomenon through an empirically grounded, multi-scalar examination of the processes, institutions, and subjects that construct it. I argue that this corporate logic simultaneously positions these girls and women as instruments of poverty alleviation and as new frontiers of global economic growth. My findings demonstrate how this logic influences the ways poor girls and women in the Global South are understood, how educational interventions are structured in their name, and how this influences their lives and educations. Moreover, they illuminate how these practices extend corporate power and influence over new bodies, institutions, and geographies, and how this occurs without accountability to those they are supposedly serving and without addressing the fundamental contradictions in their corporate business practices that often exacerbate conditions of vulnerability for girls and women.