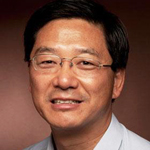 The past twenty years have witnessed the emergence of alternative GIS (alt.gis) practices that are quite different from conventional GIS activities. Intellectually tied to the critical cartography pioneered by J.B. Harley in the late 1980s and early 1990s, alt.gis has evolved from early discussions on GIS & Society, critical GIS, PPGIS, feminist GIS, map stories/geonarratives, deep maps to qualitative GIS, neogeography, crowdsourcing, volunteered geographic information (VGI), geoweb, post-colonial computing, geogames, geodesign, and spatial humanities. This talk presents an overview of recent themes in alt.gis and argues that Daniel Pink’s framework for the six senses of the whole new mind (design, story, symphony, empathy, play, and meaning) captures the six major alt.gis practices remarkably well. I will also discuss the implications of the emerging six themes in alt.gis for GIS research and education in the years to come.

NOTE: This talk will take place on a WEDNESDAY in Room 444 Science Hall at 3:30. 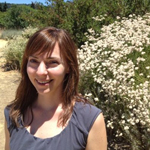 Genetic science is an increasingly common tool in conservation management that is reshaping understandings of biodiversity and how best to “save” it. In the Galápagos Islands, genetic research has led to the rediscovery of a species of giant tortoise that by all accounts went extinct more than 150 years ago. In this talk, I use the story of these tortoises to examine how one area of conservation genetics—reconstructions of evolutionary history, or phylogenetics—is contributing to a shift in the way pristine nature is understood and managed. Drawing on political ecologies and critical geographies of genetics, I trace the story of these tortoises, which are at the center of a conservation breeding and repatriation program aimed to “re-tortoise” an island with tortoises as genetically close to the original population as possible. I argue that genes are emerging objects of conservation that not only call forth new configurations of knowledge production, but also open new possibilities for managing endangered natures. Tortoise “genome geographies” (Fujimura and Rajagopalan 2011; Nash 2013) that trace lineages to particular islands articulate two understandings of pristine nature at stake in ecological restoration: the bounded Cartesian space of islands that has long structured national park conservation and the purity of species lineages, which genetic technologies offer a new means for understanding and manipulating. Analyzing genes as objects of conservation opens a technical-scientific black box to critical analysis, placing new technologies for imagining pristine nature in a history of debate about conservation management. 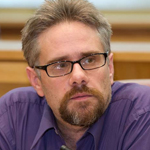 Between 1975 and 1979 the Communist Party of Kampuchea—also known as the Khmer Rouge—established approximately 200 security-centers. Among these was a prison designated as S-21, now widely known as the Tuol Sleng Security Center. S-21 was unique in that it was the only security center that photographed prisoners upon their arrival. Following the downfall of the CPK the photographs of S-21 have received considerable attention, notably as documentary evidence of crimes against humanity and as a means of discussing the ethics of post-mortem, or atrocity, photographs. However, the S-21 photographs constitute but one part of the overall photographic record of the Khmer Rouge. Drawing on a range of photographic theories, this paper provides a geographically informed understanding of ‘atrocity’ photographs as a means of providing a broader understanding of the spatial politics of violence. 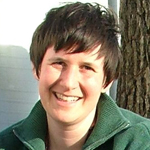 Private lands make up 75% of the United States and are critical for rare and endangered species habitat, water quality, open space, and sometimes public recreation. How, in this era of increasing fragmentation and devolution of environmental governance, are conservation policies for private lands designed, implemented, and enforced? Focusing on conservation easements, I present findings from a national survey and regional case studies. I examine the roles of private landowners, conservation organizations, watchful neighbors, and other interested parties. Property institutions and metaphors create expectations for rights and responsibilities, including whether private landowners should be incentivized or regulated to achieve conservation goals. The power of conservation easements to foster private dealmaking through property transactions with fixed terms and perpetual durations has the consequence that conservation easements have serious limitations for principled adaptation to climate and other environmental change. 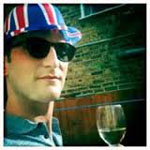 In this paper I will engage the writings of Gayatri Spivak on the figure of the subaltern, focusing on a recurrent tension in her writings and in readings of them. The tension is between two seemingly contradictory definitions of the subaltern. One, more empirical definition, has featured in Spivak's writings for over 25 years and identifies the subaltern as the non-elite, the immobile or the figure beyond the reach of the state. Against this more empirical definition comes the famous analytical definition of the subaltern as he or she that 'cannot speak', being defined by their inaccessibility in the archive, as broadly conceived. This paper will argue that these two definitions have their respective forms of space, which suggest and demand different methodologies. I will suggest that an over-emphasis on the analytical definition has led to an over-cautious approach to subaltern spaces, neglecting the compulsion to attempt to find and say something about subaltern spaces which Spivak suggests. The paper demonstrates this approach through the examination of a report into abuse of women in some of Delhi's ashrams in the 1930s to suggest how we can use studies of empirically verifiable subaltern space to think about the analytically subaltern spaces which must always be beyond exploration.  This lecture will begin at 4pm. 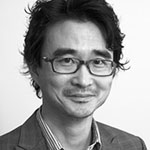 In an attempt to understand the origin of Seoul’s high-rise apartment-dominated residential landscape, we examine Gangnam districts, which the South Korean developmental state created in the 1970s, as the prototype for residential property development. Based on analyses of various data sources, we show that in the property sector the state’s policies initiated accumulation through non-economic means, or what David Harvey called accumulation by dispossession (ABD). These means include the transfer of public assets to private hands, the designation of certified firms and providing those firms preferential treatment for housing construction, and assisting the further growth of big firms through mergers and acquisitions. By linking these empirical findings with what we already know about the South Korean state in the 1970s (often called “developmental state”), we make a theoretical point that ABD is strongly influenced by the nature of the state.

Note: This talk will take place on a WEDNESDAY @ 4pm in Room 180 Science Hall 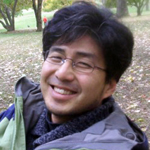 Hardwood forests of the Great Lakes and New England Regions have evolved without earthworms since the Last Glacial Maximum, but are now being populated by exotic earthworms introduced through agriculture, fishing, and logging.  Here we show, by using an active chronological sequence of earthworm invasion in a hardwood forest in northern Minnesota, that exotic earthworms and their population dynamics profoundly affect the way and extent that inorganic nutrient cycles are coupled with the carbon cycle in soils. 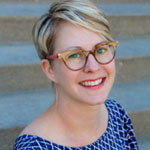 What does architecture in the traditional sense have to do with computer architecture? In this talk, I examine what happened when architects began to see buildings and cities as processors of information, and how these gave rise to contemporary notions of interactivity. What started as a way to deal with the increased complexity of architectural and urban planning practice influenced contemporary digital practices that we use every day. I'll look at buildings that moved information materially, such as Julien Guadet's 1884 Hôtel des Postes in Paris, the central post office, and Cedric Price’s whimsical building-sized computers that he designed for London in the 1960s. Then, I will turn these ideas inward to look at how architects influenced computer and systems architecture, in information architecture and computer interfaces. 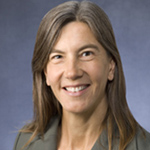 How do we talk about Indigenous knowledge in a non-Indigenous language, without losing the structure (and thus meaning) of that knowledge? How do retain situated meanings when we re-situate them elsewhere? I explore these questions in the context of a three-year collaboration with Penobscot Cultural & Historic Preservation Department to map the traditional place names of Penobscot territory. I begin with an overview of the project and the design explorations that led to the final map. I give particular attention to the role of translation as a tool for expressing the map’s linguistic, social, cultural, and cartographic responsibilities, and the role of imagination and embodiment as essential, dynamic components of the map. I then connect this project to similar cartographic practices in other Native communities and re-frame the judgements of simple and wayfinding as they have been used against Native map traditions. Whether you are a cartographer or not, my hope is that you will begin to see our responsibilities to translate situatedness across culture and time with care. 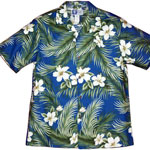 Do scholars, with convictions about the creation of new knowledge, unceasingly look forward, ignoring or rejecting the work of earlier thinkers? Or, are connections between scholars through time so strong that it is reckless to dismiss summarily the ideas of older folks? Or, do both positions have merit? I will explore this tension between the past and the future, arguing more for connections than discontinuities, with narrative stories about, brief analyses of, and personal reflections on, six University of Wisconsin scholars.