The European heat wave of 2003 represents the worst natural disaster in contemporary French history, leaving nearly 15,000 bodies in its wake. This lecture investigates the importance of place to the shaping of the disaster’s outcomes. Drawing on a rich history of Parisian urbanism and the evolution of ideas about the city as a site of sickness and health, I explore the spatial dimensions of vulnerability by investigating the intersections of precarious housing, social isolation, and a vertical dimension of risk, through the cases of those who died in tiny quarters (sometimes of less than 100 square feet) directly under zinc roofs on the top floors of sometimes luxurious and sometimes decrepit buildings. The persistence of pockets of desperate poverty even in the city’s most chic quarters indicates the ways in which the architecture of contemporary Paris has rendered certain populations effectively invisible, and placed them at high risk in a changing climate. 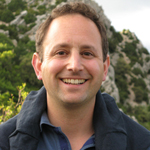 September 25 - From forest to farmland and meadow to metropolis, or, when did the Anthropocene begin?
Jed O. Kaplan
Institute of Earth Surface Dynamics, University of Lausanne, Lausanne, Switzerland

Did humans affect global climate before the Industrial Era? While this question is hotly debated, the co-evolution of humans and the natural environment since the last Ice Age had an undisputed role in influencing the development and present state of terrestrial ecosystems, many of which are highly valued today as economic, cultural, and ecological resources. Yet we still have a very incomplete picture of human-environment interactions over the last 21,000 years, both spatially and temporally. In order to address this problem, I have prepared a new synthesis of demographic, technological, and economic development over preindustrial time, and a database of historical urbanization covering the last 8000 years. These data are combined with a dynamic global vegetation model to quantify the magnitude and timing of global anthropogenic land cover change in the late Pleistocene and preindustrial Holocene. This integrated model is driven with paleoclimate from GCM scenarios and simulates global land cover and human land use change, fire, soil erosion, and emissions of CO2 and methane (CH4). My results highlight the importance of the long histories of both climate change and human demographic, economic, and technological history on the development of continental-scale landscapes. We emphasize the need for improved datasets that use archaeological data synthesis and build on recent theory of preindustrial economic and technological change. A large source of uncertainty in our results comes from assumptions we make about the rates and timing of technologically driven intensification of land use, and the importance of international trade for the subsistence of preindustrial societies. 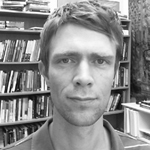 It is hard to imagine water scarcity in a tropical rainforest. But, since the 1970s, Panama Canal administrators have worried that the famous waterway might run dry. Water supply concerns have reemerged in recent months during a long El Niño-related drought, leading the canal authority to propose restrictions on the draft or depth of passing ships. In this presentation, I analyze how managing Panamanian water for shipping—long the domain of engineers—became an ecological and anthropological problem for canal administrators. The canal’s locks drain 52 million gallons of fresh water from the surrounding watershed into the oceans with each ship transit. That water is managed by a sprawling engineered system that corresponds with the popular understanding of infrastructure as built of concrete and steel. Over the past 35 years, however, canal administrators have worked to construct a natural infrastructure of watershed forests to ensure a consistent supply of water for the canal. As forested landscapes have been assigned new environmental service functions (water storage and conveyance), campesino farmers have been assigned a new responsibility (forest conservation) at odds with established agricultural practices. As a result, moving ships now entails both technical work and managing relationships with communities who conceptualize and use the same landscapes in different ways. The recognition that global infrastructures like the Panama Canal are embedded in deeply cultural landscapes calls us to critically analyze how infrastructures are designed and managed in ways that have profound implications for the distribution of natural resources. 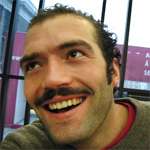 Since the end of Latin America’s longest and bloodiest civil war (1960-1996), Guatemala City, like other cities in Central America’s Northern Triangle, has become a hotbed of homicidal violence. Maras (transnational gangs) have become the erstwhile emissaries of this new order. They are victims and perpetrators of spectacular violence and pivotal figures in a politics of death reigning over post-war society. In this talk, which will highlight stories drawn from my forthcoming book manuscript, I draw from a mix of investigative ethnography, media analysis, and oral history to explore the evolution of both the maras’ modus operandi and the rumors, nightmares, and fantasies swirling about their image in the social imaginary. However, while mareros play starring roles in this account of extreme peacetime violence, they are not the problem. They are a hyper-visible expression of a problem no one can name. They make a deafening scream and a smokescreen obscuring innumerable and diffuse sources of everyday brutality. Maras in fact moor a collective sense of existential uncertainty over the terms of everyday survival—what I call mortal doubt—that has come to dominate post-war urban life. Ultimately, I aim to capture and convey how the specter of out-of-control criminal violence can become utterly entwined with the making of lived and symbolic landscapes, defying every effort to fix it in time and space. 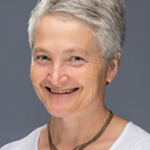 This lecture will pull together highlights from my work in historical GIS to make the case for spatial thinking and visualization as exciting methods for historical research, argument, and public outreach. Examples will include the battle of Gettysburg, the American iron industry, and the Holocaust. 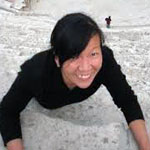 Chinese enhanced role in Africa’s energy sector since 2000s has evoked a parochial imagination of China-Africa relations, with China being labelled as a ‘neo-colonialist’, a ‘rogue creditor’ and an ‘imperialist’. This is because many of the Chinese projects in the African’s energy sector are intertwined with aid, trade and investment, prompting imaginaries of a dragon ‘scrambling for resources’ and threatening good governance practices. However, recent data shown the picture is more varied with a range of winners and losers, dependable on local specifics and the nature of the industries. This paper builds on fieldwork data from Angola, Ghana and Nigeria, and evaluates the differential outcomes of Chinese aid and investment practices in the renewable (hydropower) and non-renewable (oil and gas) energy sectors of these countries. The paper will conclude with a discussion questioning is there a “Chinese way” of cooperation and South-South development model emerging from evolving China-Africa energy relations, and examine the importance of China’s increasing responsibilities as a rising power in global governance. 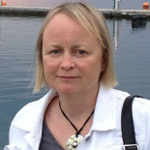 Drones are rapidly moving from the military world into the commercial world. From real estate applications to pizza delivery, the commercial applications of drones seem to be multiplying. This paper, based on research conducted with my colleague Jeremy Crampton, attempts a preliminary assessment of the contemporary emerging commercial drone market; a market that is worth an estimated US$90 billion over the next ten years. We bring together concepts from economic geography and political geography to understand how this new market is being created. With a focus on the US case, though in its global context, we identify the key actors and elements in this fast emerging market. We pay particular attention to the role of the state in setting up a new regulatory geography of the vertical.