In lieu of an Yi-Fu Tuan talk, National Geographic will be here to share current funding opportunities for research, conservation and exploration projects. Learn more... 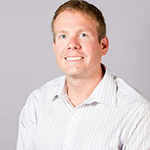 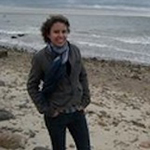 The advent of the Anthropocene concept has prompted a fundamental question: how does the Earth remember? And what does the memory of the Earth have to say about humanity as a species, despite (or because) of its many differences and inequalities? The geologic archive has captured many geographers’ minds, but the ocean contains other possibilities for understanding the nature of planetary history. Postcolonial writers imagine the ocean as a collector of the histories, bodies, and ways of life that hegemonic historical narratives would rather forget. Scientists also understand the ocean as a kind of record(er), following materials or liquid formations through time to understand ocean dynamics and to trace the harmful impacts of substances such as radioactive isotopes and plastics. In this paper I build on these oddly resonant notions to consider the world ocean as a planetary archive that might prompt us to reassess the geographies of history. 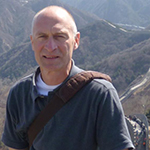 This talk posits the cultural landscape as foundational to racial formation in the US, and suggests the potential to intervene through landscape in addressing racist practice as a “social wrong.” It will tell stories of particular contemporary landscapes to: first, illustrate landscape sedimentations and discursive continuities around racial themes in order to; second, address the potential of landscape to mediate social conflict before; ultimately, asking questions about who gets to tell landscape stories, how we tell them, who belongs, and what different questions we might ask if we listen to different voices. The talk moves between landscape as an object and landscape as a method for how we negotiate and live in the racialized world. 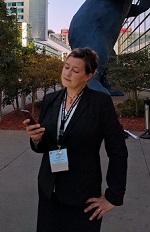 Sulfate is a relatively benign ion, but even low concentrations can lead to phytotoxic sulfide accumulation in sediment porewaters.  Sulfate reduction is often considered to be of minimal importance in freshwater systems, but can support "extra" mineralization of organic matter in anaerobic environments, with consequences for ecosystem health and stability.  Organic matter decomposition returns a number of compounds to the water column that would otherwise be sequestered in the sediments: nitrogen, phosphorous, and mercury; and generates dissolved organic carbon and alkalinity that can alter ecosystem structure.  This study is part of the State of Minnesota's investigation of the biogeochemistry behind the observed negative relationship between surface water sulfate and the distribution of wild rice, a culturally significant resource to many Native Americans, and Minnesota's state grain.

Call me biased, but I think Science Hall is the best place to study Cartography worldwide! I also think right now is the best time to study Cartography! Mapping now encapsulates a range of analytical, computational, and design skills; the cartographer is Exhibit A against the left-brained/right-brained construct. Further, mapping as a career is flourishing. As job opportunities are growing, however, so too are opportunities to apply mapping to the most pressing geographic problems of our time, to make maps that matter. In this short talk, I will provide a whirlwind tour through the history of Cartography in Science Hall and showcase several recent Science Hall projects to illustrate the value of mapping for geographic inquiry and understanding today.

In the United States, we are surrounded by maps of various forms. In much of the rest of the world, maps are novel and potent political instruments for both resource control/exclusion and emancipatory development. In this talk, I will describe a UW Geography project to facilitate local land-use planning efforts in eastern Senegal. . In eastern Senegal, the research team collected information about thousands of these features and they have been incorporated into a web-based â€œwiki mapâ€ which allows users to add data, comment on their placement and characteristics, download data, and print flat maps to facilitate community meetings. While farmer and herder participation in the creation of this map is not direct (due their lack of access to and knowledge of internet) but mediated by the UW team initially and subsequently by local NGOs and community leaders, the approach shows significant promise to facilitate greater participation by rural residents in defining rules of access and control. 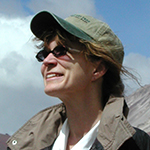 The forests of tropical South America are among the great centers of biodiversity, hosting over a quarter of all vascular plant species. These forests have evolved together with the physical environment, closely linking Earth history and evolutionary history. The modes of diversity evolution through time and the drivers of evolutionary process have been debated for well over a century, and a variety of geologic and climatic processes have been linked to the evolutionary history of tropical forests. I will review some of the major hypotheses relating tectonic history, fluvial evolution, and climate change to the Cenozoic evolution of biodiversity in the tropical Amazon and Andes, highlighting some of the major uncertainties in common paradigms and some of the potential of new tools for evolving our understanding of biotic and geologic history. 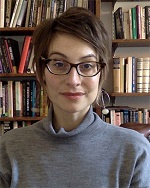 Public health and policy researchers, epidemiologists, social scientists, and health activists are increasingly turning to epigenetics--the study of environmentally-linked changes in gene expression that may be passed on intergenerationally without alteration in the DNA sequence--to explain racial disparities in health. In this paper, focusing on responses to the disproportion between Black and white infant mortality in the US, I explore both the promises and the perils of an epigenetically-grounded politics. This approach demonstrates the literal materialization of anti-Black racism in the form of disproportionately vulnerable embodiments within the US polity, potentially grounding an anti-racist â€œmolecular politicsâ€ of health; at the same time, at least some policy applications of epigenetic research are also reviving familiar notions of Black maternal pathology and blame in the new language of epigenetics. I suggest that the notion of whiteness as intergenerational pathology might offer a salutary reorientation. 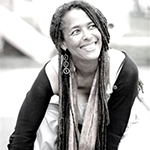 December 9 - At the Crossroads: Intellectual Ramblings, Emotional Certainties & the Art of the Common Conversation
Carolyn Finney
University of Kentucky

To honor the all-too-brief career of our alumni Dr. John Treacy, the Geography Department created the Treacy Lecture in 1992. Each year since, graduate students have selected a renowned pre-tenure scholar to come share their latest work with the department. This year we are delighted to welcome Dr. Carolyn Finney, whose work explores the intersections between the race, place and power.