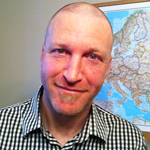 Despite what is often called its terminal crisis in the 1970s, Keynesianism has long stood as the default 'progressive' political economic and policy framework in moments of crisis. Nostalgia for the regulatory apparatus of the supposedly 'Keynesian' welfare state is the principle basis upon which alternatives are proposed. But what if, contrary to the standard Battle-of-Ideas narrative, our current neoliberal condition is as much a product of Keynesianism as a reaction to it? What can this tell us about the questions we are trying to answer when we look for answers in Keynes' or Keynesian ideas? 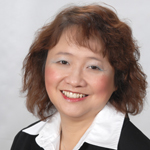 Geographic information systems (GIS) have been largely understood as a tool for the storage and analysis of quantitative data since the early days of their development. This understanding of GIS has foreclosed many opportunities to use GIS in mixed-method research involving both quantitative and qualitative data. Attempts in recent years to redress this particular understanding of GIS have opened up new possibilities for using GIS to understand peopleâ€™s lived experiences in an interpretive manner rather than for conducting spatial analysis that largely relies on quantitative geographic information. In line with this development, I describe in this presentation an approach to use GIS to analyze narrative materials collected in mixed-method research. Narratives are stories people told about their lived experiences of past events or major turning points in their lives over a certain period of time. As the chronology of peopleâ€™s experience and the sequence of events are central elements in narratives, analysis of narratives not only needs to address the spatial dimension but also the temporal dimension of these materials. In this presentation I draw upon recent advances in 3D GIS-based time-geographic methods to provide a representational framework for integrating narrative analysis with GIS. I present an approach to GIS-based narrative analysis (called Geo-Narrative) based on extending current GISâ€™s capabilities for the analysis and interpretation of narrative materials such as oral histories, life histories, and biographies. A case example based on a study on the lives of the Muslim women in Columbus, Ohio after 11 September 2001 is used to illustrate the approach. The examples shows that Geo-Narrative can help us understand how emotions such as fear shape peopleâ€™s access to urban opportunities or health facilities, suggesting that it is applicable in a wide variety of accessibility, mobility and health research contexts. This lecture is co-sponsored by Women in the Science and Engineering Leadership Institute (WISELI). Funded by the NSF ADVANCE Institutional Transformation Award Program, WISELI aims to promote the participation and advancement of women in science and engineering. www.wiseli.engr.wisc.edu. 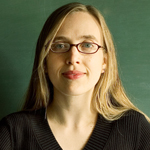 March 9 - The Nature of Home: A Historical Geography of the Domestic, the Private and the Collective
Dawn Biehler
University of Maryland

Recent popular representations of the home in the US have pictured the places where we live as sites for a kind of redemptive transformation, for pursuit of a better society and environment apart from a public realm gone awry. Campaigns to shrink societiesâ€™ ecological footprints focus on household-scale consumption and reform of the domestic environment. Environmentalists and foodies defend their right to adopt home-based food production practices such as chicken-raising within cities. Managers and workers alike tout the home as a workplace where different types of labor (â€œproductiveâ€ and â€œreproductiveâ€) can mingle more happily than in a typical office. Parents imagine the home as a more â€œnaturalâ€ place for activities ranging from birth itself to childrenâ€™s food production to schooling. Tensions over the gendered status of the home seem to have eased. In short, many Americans ascribe great social and environmental potential to our private homes. Yet this imaginative geography of the homeleaves many vulnerabilities and injustices unresolved. This is particularly the case in an era where the political economy not just of homes but of housing as a peculiar commodity has revealed contradictions in the relationships among citizens, the state, and capital. In this talk,I examine recent geographical and social thought about the home as a â€œnaturalâ€ place, as well as reformist and popular literature since the nineteenth century. Based on this literature, I attempt to situate todayâ€™s politics of the domestic in an understanding of urban geography that values both the private and the collective. 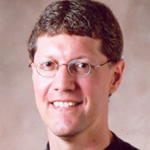 Perspectives developed by economic geographers on the complex heterogeneity of global economic space have largely been missing from broader debates about globalization, poverty, and inequality. It is argued here that taking the heterogeneity of global economic space seriously poses insuperable barriers to the employment of a meaningful and non-redundant concept of income poverty. This is not a result to be lamented, since recognition of it encourages more appropriate and relevant ways of examining poverty that pay adequate attention to the heterogeneous contexts in which peopleâ€™s sense of the adequacy or inadequacy of their standards of living are formed. 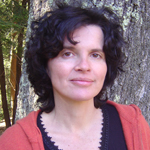 Fire links many aspects of climatic, demographic and land use change in the Amazon. Extensive fire has occurred during dry years in the past decade, leading to carbon emissions, property damage, and deterioration in air quality. We couple climate, remote sensing, national census, and farmer survey data to examine the biophysical and socioeconomic factors associated with fire incidence and frequency in the western Peruvian Amazon. We examine these relationships at two spatial scales: the entire region and a focused area around the town of Pucallpa where fire incidence has increased in the last decade. Basin-wide drought is the strongest predictor of fire activity at both scales. At the regional scale, fires occur in dry years where there is presence of ignition sources in settlements, roads and other areas of high human influence. At the local scale, farmers use fire as a land management tool, but these fires are vulnerable to escaping into neighboring farms, oil palm plantations, and forest particularly during dry years. Place of origin and other demographics of farmers and landscape structure (e.g. farm density in surrounding landscape) are associated with the incidence and frequency of fires at this scale. Emerging understanding from this study of fire in the western Amazon highlights the large influence of extreme climate events, but also illustrates the role of land management practices in exacerbating or mitigating hindering fire activity. 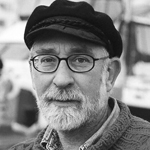 Two questions dominate the history of medicine and public health: What is responsible and who is to blame? The questions are, in equal measure, ethical (or today, bioethical) and practical. Since the seventeenth century mapping has been a principal means by which both questions are investigated. Practically, maps are the workbenches on which theories of disease have been developed and then tested. Of equal importance, by their very nature, maps argue a social perspective that critiques assumptions of individual responsibility. This interdisciplinary lecture seeks to present the map as a toolâ€”historical and contemporaryâ€”of ethical and practical exploration in disease studies. It is designed for the non-specialist and will be of interest to ethicists and bioethicists, epidemiologists and public health experts as well as medical cartographers and geographers. 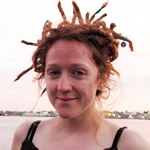 In the 21st century a multitude of global change forces, unprecedented in human history, are radically altering the distributions and ecological functionality of species across all regions and ecosystems. These alterations are already proving intensely detrimental to biodiversity, and are disrupting the provision of ecosystem services on which human societies rely. In the absence of globally coordinated efforts to reduce environmental stressors, natural resource managers must pursue mitigation efforts on local and regional scales. In order to plan these efforts and allocate resources effectively, we rely on a broad suite of models to predict ecological futures. My research aims to improve and unite these models into tools with direct utility for natural resource managers. I present a broad overview on recent progress for several predictive techniques (species distribution models, population dynamic models, reserve selection algorithms, phenological models) and the insights gained into fundamental ecological principles. I explore what the resulting predictions mean for both traditional, and emerging and controversial, management practices, such as nature reserves, habitat management, and managed relocation. My outlook is global, and the talk will cover a range of human and ecological systems worldwide, dealing with threats from climate change, habitat fragmentation and biological invasions.