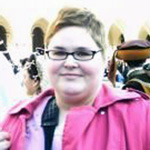 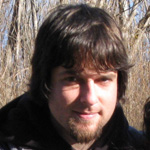 Responding to neoliberal decentralization, Marxists pair centralization with capitalism’s abrogation. Such a view considers hierarchy to be necessary and horizontal organization as propitious to neoliberalism. Anarchism’s coupling of decentralization with anti-capitalism is dismissed because Marxism cannot accommodate prefigurative politics, treating horizontality as a future objective. This temporality ignores the insurrectionary possibilities of the present and implies a politics of waiting. In terms of spatiality, Marxian centralized hierarchy deems horizontality inappropriate when ‘jumping scales’. Yet by rejecting this vertical ontology we may immediately disengage capitalism through a rhizomic politics. Consequently, human geography without hierarchy gains traction when we embrace an anarchist flat ontology. 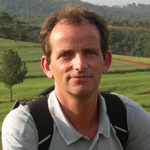 Traditionally, land use is regulated through command-and-control interventions such as land use zoning and protected areas. More recently, private actors have designed market-based policy instruments to influence land use – e.g., eco-certification, geographical indications, commodity roundtables and moratoriums. Other interventions, such as payments for environmental services, fall along a continuum of instruments that vary in the degree of state involvement. These alternative regulatory mechanisms are interacting with traditional public forms of land use regulation, leading to “hybrid” interventions. In this talk, I will discuss the effectiveness of the main instruments used to promote sustainable land use, and explore interactions between these instruments. Overall, there is a lack of rigorous studies on the effectiveness of new regulatory mechanisms of land use, but available evidence suggests some potentially positive direct and indirect beneficial impacts. Private regulation systems serve optimally within policy mixes with a complement of baseline public law. I propose a typology of potential interactions between public, private and hybrid instruments used in land use governance. 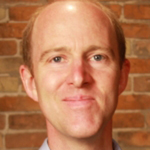 February 14 - Capitalism against Markets: Why Everything will not be Commodified
Derek Hall, Wilfrid Laurier University

The argument that we are witnessing "the commodification of everything" is a common theme in contemporary analyses of capitalism and neoliberalism. In this talk, Derek Hall makes the case that this argument misunderstands the vital role in capitalist social relations played by certain kinds of decommodification, and uses a wide range of historical examples to show that a world in which everything really was commodified would not look anything like capitalism.

This paper chapter examines the edge areas of Lusaka, based on fieldwork from 2013, as a broad example of the trajectory of urban expansion at the new urban frontiers in Sub-Saharan Africa. I emphasize four themes: (1) the significance of new foreign investment in urban frontier zones (particularly from China); (2) the bifurcated character of the expansion; (3) the rise of surveillance technologies; and (4) the endurance of continuities with European colonialism.  NOTE WEDNESDAY DATE:  This talk will take place from 12- 1pm, 206 Ingra­ham Hall 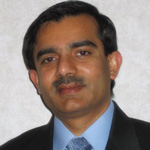 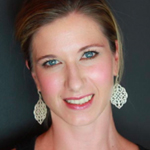 In January 2000, thousands of Bolivians took to the streets to protest the privatization of the Cochabamban water supply. The events pose a puzzle for social science scholars; traditional social movement approaches fall short of offering a satisfactory explanation. To explain the origins and internal dynamics of the Cochabamban water movement, this paper argues that we must include an analysis of the moral and material claims that citizens make—namely, the grievance. Specifically, scholars must pay systematic attention to the meaning of the grievance. Two specific questions motivate the paper. What accounts for the strong opposition to the privatization of water in Cochabamba when earlier Bolivian privatizations and reforms had passed with little unrest? How do we explain the cross-class, cross-ethnic, cross-urban-rural, and highly diverse nature of the movement? It is impossible to answer these questions without paying close attention to the meanings that water took on in the Cochabamban context. The paper uses the Cochabamban case to develop a broader theory connecting market-driven threats to subsistence resources and patterns of political protest. Evidence from the water wars suggests that market-driven threats to subsistence resources are a particularly powerful locus for collective action because these resources are imbued with meanings beyond their apparent “material” value. Often evoking imagined communities of nation, region or ethnic group, or the face-to-face interactions that revolve around a subsistence good’s routine production and consumption, subsistence grievances serve as particularly powerful loci for resistance around which salient local divisions can coalesce, resulting in broad-based, diverse opposition movements. Through close attention to local understandings of, practices related to, and relationships surrounding water, as well as the resource’s national patrimonial associations, the paper shows how it was not just the material qualities of water, but how those material qualities took on meaning in the Cochabamban context that contributed to causing widespread resistance. 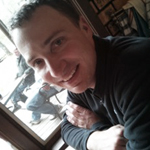 Maps are not accurate representations of reality; they are merely a form of spatial communication. All maps posit arguments about our world. Like all forms of communication, they use different rhetorical styles and techniques to frame these arguments. In this talk, I focus on what are commonly called persuasive maps (i.e., maps that present sociopathic arguments). I review an initial taxonomy of persuasive map rhetorical styles. This is followed by a review of two user studies testing the impact these rhetorical styles have in persuading people to see a controversial social issue from a particular perspective. Using these results, I critique visualization theory’s obsession with data richness and accuracy. I propose that we rethink how we evaluate effective map design and stop chastising overtly biased maps. 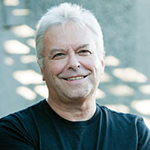 Drones are often described as the new face of warfare, but this presentation shows their history stretches back over 100 years. In their contemporary form drones have made significant contributions to the transformation of later modern war, however, and I will identify a series of changes to the geographies of military and paramilitary violence in which they have been centrally involved. Many of these pose serious challenges to the legal geographies that have come to provide an armature for modern war, and I will explore their impact in both Afghanistan and Pakistan. LISTEN HERE

I have been writing about "Space, Place, and Nature" for at least three decades. You'd think I am now able to say something about them that is authoritative, if not definitive. But--thank God!--not at all. "Space" and "place," yes, I can sound professorial, but "nature" and "what is reality" completely elude me, making me feel like a beginner. And it is as a beginner that I wish to make this farewell speech to colleagues in Science Hall, but especially to students who, I hope, will--even in their eighties--remain as immature as I am.

There will be a reception in the Map Library following the lecture. 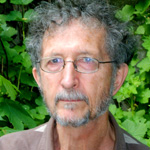 Jacques Bidet is a reputed social theorist, philosopher and historian, who has done path-breaking work on both the origins and theory of modernity. Specifically while many scholars focus on capitalism as being at the heart of modernity, Bidet theorized modernity in therms of three layers: organization, market and a world system of nation-states. Through this more complex theorization, Bidet shows both ow modern forms of domination are reproduced and how an oppositional politics of emancipation is possible.

Note Tuesday date. This talk will take place at 4pm in the Curti Lounge, 5243 Humanities

April 18 - Ethiopia's Grand Renaissance Dam: What does it mean for riparian countries along the Nile
Paul Block, UW-Madison, Dept of Civil & Environmental Engineering

Ethiopia's Grand Renaissance Dam on the Blue Nile River, currently under construction, will be the largest dam in Africa. Yet critical questions regarding the reservoir filling strategy, hydropower generation, and subsequent long and short-term effects on streamflow for downstream countries have not been addressed. This presentation will explore plausible outcomes of this massive infrastructure project. 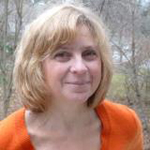 Drawing on a range of works that extend from gendered historical analyses of colonialism to critical histories of development, and based on archival research in Alabama, Arkansas, and Mississippi, I argue in this talk that what we now call international development – a form of hegemony different from but related to colonialism – needs to be understood not only as a geopolitical tool of the cold war, but also as a technique of governance that took shape within the realm of the domestic and through a racialized gaze. I do so by tracing some of the key elements of the United States’ international development practices in the postwar era to a different time and place: the American South, a region considered ‘undeveloped’ in the first decades of the 20th century, and the agricultural extension practices that targeted the rural farm home and farm women, particularly African-American women. Thus I am able to interrogate two relatively unexamined elements that are key to understanding the making of American international development: that much of its early focus was on governing through biopolitical practices of the domestic (food preparation, health, and sanitation), and that those practices were based on the agricultural extension work of the United States Department of Agriculture in the American South. 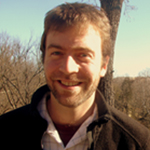 In this talk, I argue that a principal aspect of neoliberal hegemony is grounded in a critique of centralized power (especially centralized power that is imagined to skew a “free and competitive market”). To put it differently, neoliberal ideas of freedom are based upon a wider spatial politics of decentralization where no single central actor has “top-down” power over the societal whole. I explore this through the lens of the politics of oil in two senses. First, I examine how popular reactions to and explanations of the energy crisis of the 1970s focused upon the “unfair” interventions of centralized actors in the market. Second, I examine how this popular reaction itself must be seen as grounded in the everyday geographies of privatized, decentralized living (made possible by oil among other energies). I conclude by discussing some broader implications of this argument for core concepts and themes that animate anti-capitalist struggle today (e.g. anarchism, horizontal networks, self-organization, and autonomy).