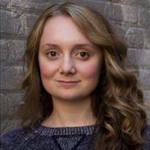 Alice Goffman will discuss her six years documenting police violence and over-incarceration in a disadvantaged neighborhood in Philadelphia, the subject of her book "On the Run," which has received widespread attention and acclaim. This talk will take place 3:30 - 5pm at the H.F. DeLuca Forum, Wisconsin Institutes for Discovery, 330 N. Orchard Street. A reception will follow the talk. 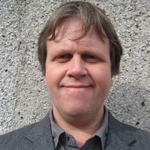 Most people take for granted that it is relatively easy to determine who is indigenous and who is not. Indeed, in the Americas and Oceania, Indigenous peoples are generally considered to be the descendants of those who inhabited these spaces prior to white settler colonization. In Southeast Asia, however, there was plenty of European colonialism, but much less white settler colonization. This has made the question of “who is indigenous” much more difficult to answer, as both ethnic minority and majority populations are able to credibly claim that they are “indigenous” to where they live. Indicative of the contested nature of the issue, most of the governments in Southeast Asia stipulate that their populations are either virtually all Indigenous, or that there are no Indigenous peoples within their borders. Yet new globalized concepts of indigeneity are emerging and have begun to circulate, take hold, and hybridize within parts of Southeast Asia. Crucially, Indigenous peoples are now increasingly being conceptualized as “colonized peoples” rather than simply “first peoples”, thus partially uncoupling indigeneity from space. In this presentation, I consider the identity politics, activism and geographies of indigeneity in Southeast Asia, and their implications for nature-society relations and struggles over land and other natural resources. 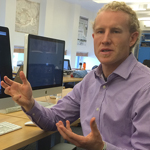 February 13 - On the Intersection of Design and Research
Erik Steiner
Stanford, Center for Spatial and Textual Analysis (CESTA)

The sciences and humanities - the two great branches of human inquiry - are divided by deep differences in their goals and methods, despite often sharing an interest in human nature. The reductionism of science conflicts with the speculative nature of the humanities, and the emotive essence of the humanities is at odds with the neutral tenor of the sciences. Geography as a borderland field shares an affinity to both modes of thought, and its sub-discipline of cartography can - but often fails - to help unify them, resting somewhat comfortably as a decorative craft for the technically-minded. This talk will explore the role of cartography and design more broadly in research - in both the digital humanities and natural sciences - through several examples drawn from our work at CESTA in the fields of ecology, planning, history, geography and literature. 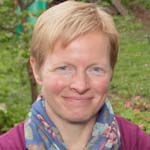 Eutrophication — the degradation of water quality from nutrient-rich runoff — continues to impair the capacity for urban waters to provide clean drinking water, habitat to support biodiversity, food, and recreational and aesthetic opportunities.  Hobbie and colleagues are taking a watershed approach to understanding the sources of nutrients that are contributing to urban water pollution as well as quantifying the pathways by which nutrients move from land into urban waters. 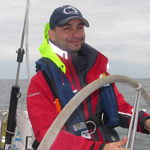 For more than three centuries, the enterprise of science and specifically the testing of hypotheses has been undertaken through observation, theory, and experiment. Three decades ago, a new and fundamentally revolutionary method was introduced that has since then changed the scope of scientific inquiry: computation- and data-enabled research. This approach, known as CyberScience, has been transformative and will continue to change the way research is undertaken. CyberScience and more specifically geoinformatics algorithms are needed to analyze massive, dynamic, and geographically distributed spatiotemporal big data which are routinely generated through remote sensing instruments, numerical models and social media. New challenges arise from an unprecedented access to massive amounts of Earth science data that are quickly leading towards a data-rich but knowledge-poor environment.

In this talk I will discuss the use of geoinformatics to address two challenging scientific problems of high societal benefits: environmental hazards and sustainable energy. I will focus on the fusion of remote sensing and social media during emergencies, and in the optimization of atmospheric models for uncertainty estimation. Both these problems share the need to analyze massive amount of spatio-temporal data in near-real time using machine learning classification algorithms, evolutionary algorithms and spatial statistics. 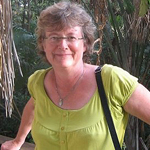 Since the 1990s, the Amazonian municipality of São Felix do Xingu (SFX), Brazil, has received widespread media attention as one of Amazonia’s “new frontiers” of rapid deforestation, landgrabbing, violent land conflicts, and slave labor regimes overseen by organized groups of gunslingers at the service of large cattle ranch investors.  Through several waves of resource exploitation and in-migration beginning in the 1970s, deforestation of much of the extensive forests in SFX had given way by the 2000s to pastures supporting Brazil’s largest cattle herd, while population continued to grow exponentially.  In response, federal authorities acted decisively in the early 2000s with a series of environmental governance shocks. This exploratory study examined the perspectives of people in key groups of local producers (ranchers and small farmers) and of urban supporters (government, NGO, social movements, merchants), regarding the impact of the measures undertaken since 2006 in São Felix, and the sustainable development strategies currently being proposed by the municipal government and its partners. 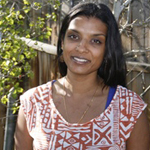 The National Park Service cares for some of the most stunning landscapes and historically significant places in the United States. With 400+ park units and over 300 million visitors a year, digital products created by the National Park Service serve a wide audience and tell a variety of stories. Using emerging open source technologies, the NPMap team is creating a flexible set of mapping tools that can be used by all Park Service employees to share information with the public via web and mobile applications. This toolset eliminates the technical hurdles traditionally associated with building these applications, and, has accessibility, usability, and graphic identity guidelines built into its core. Our goal is simple:  empower Park Service employees to tell stories through digital media that can be shared with visitors of National Parks – and make it easy.This talk will cover, through example, exactly what it means to build digital products that can be used by every visitor of a National Park and how NPMap’s toolset is enabling the Park Service to more easily do so. 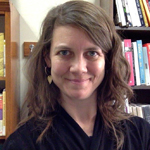 Pernille Ipsen will discuss her new book about the production of race in the Atlantic world. When European and West African slave traders married one another on the Gold Coast, they gave rise to generations of descendants — families who benefited from the Atlantic slave trade and lived with the violence it produced. As generations passed these families participated in linking slavery to blackness and producing race.

Discards and remainders of human forays into extraterrestrial space have been accumulating for almost 60 years in orbit around the Earth, on the surfaces of the Moon and other planetary bodies in the Solar System. What is it to be a member of a species for whom the discards and remainders of their technological capacities are not only populating territory beyond the planet that species inhabits but doing so to such an extent that they are accidentally colliding into one another? 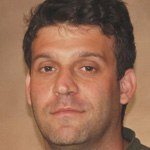 Commodification theory has been central to geographical political economy and political ecology but there has been little effort to geographize it. While often recognized as an abstract description there have been few tools developed to link abstract accounts to more complex and concrete analysis of actual commodity systems. The need for such analysis is now pressing given two intertwined trends: First, there is widespread acknowledgment of how ecological crisis relates to particular commodity systems (such as fossil fuel or large hydro powered electricity networks).Second, the dominant models for change, from state led neoliberalism to ENGO advocacy for the â€œNew Economicsâ€ involve forms of regulated markets. I draw on three traditions to understand the shifting contours of commodification and how nature is commodified. Legal approaches to commodification theory (in writers such as Evigny Pashukanis, Duncan Kennedy, and Margaret Radin) suggest analyzing the role of property and contract law and its modification through national state legislation and soft law governance forms. Work in the geographies of commodities suggests analysis across the entirety of â€œnetworksâ€, including the way law and regulation shape modes of ordering. Work in the tradition of the Regulation Approach (in Ngai-Ling Sum and Bob Jessopâ€™s work) suggests viewing networks as distinct objects of spatio-temporal fixes. I focus on the Nam Thuen II Dam in Laos, it significant adverse effects on downstream rivers and river peoples, and its links to the Thai and Greater Mekong electricity system. I suggest the World Bank and other organizations have forged unique cross-border modes of regulating the commodification of nature. While deeply problematic for Lao lands and people, these developments also point to the flexibility, mutability and plurality of commodity forms. 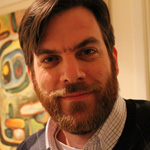 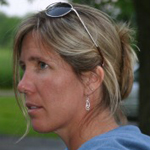 Rural people conducting geographic research on rural places in North America have good reason to feel doubly lonely in recent years. While rural places loom large in American geographical imaginations, they take up little space in the academic literature. This presentation hopes to spark a discussion about the status of the rural in our discipline. Drawing on a suite of projects on seemingly diverse topics such as wilderness therapy, working landscapes, and outmigration I suggest that study of the rural can reveal much about the role of place in the production of individual and regional identities. Further, I invite conversation about the experience of begin a rural person in the academy, and how elements of this identity may both hinder and accelerate the pursuit of scholarly work.