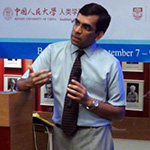 In this talk, I discuss the place of the Indian pharmaceutical industry within global biomedical political economies. I provide an account of India’s oldest surviving pharmaceutical company Cipla, which has become a leading player in the opposition to World Trade Organization-mandated patent regimes and hence an ally of global civil society groups fighting for access to medicines. Cipla’s history reveals a record of consistent action in its own market interests, and an attempt to define a market terrain in terms of those interests; but it also reflects certain explicit nationalist and (more recently) global humanitarian sentiments, in ways that open up questions about the postcolonial and ethical investments of these market actors. I then think through the global geopolitical landscape within which such ethical incorporations must now operate, in the context of new free trade agreements such as the Trans-Pacific Partnership. 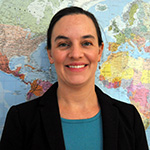 Scholars have argued that African city residents have fortified their linkages to rural areas as a survival strategy in the face of urban decline following neoliberal restructuring and economic crises. I examine the ways in which rural resources factor into livelihood strategies of rural-urban migrants in northeastern Madagascar, based on over 2 years of ethnographic research. I analyze the degree to which migrants’ livelihoods have a rural basis, and whether individuals with “stronger” linkages to their home villages indeed have more resources and greater wellbeing. I argue that transaction costs and norms of reciprocity dampen the ability of rural linkages to subsidize urban residence, in effect making life in the city particularly difficult for its poorest residents. 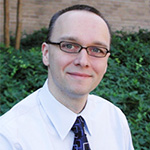 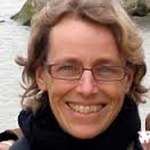 This talk is part of the Center for Culture, History, and Environment's E is for Environment Symposium. It will take place at 4:30pm in the Wisconsin Historical Society Auditorium.

The talk is based on a new book project which investigates human creativity, adaptation, and endurance in post-catastrophic societies. The talk will follow a route that circumnavigates the Pripyat Marshes through Ukraine, Russia, and Belarus where communities experienced firsthand the 20th century’s major political conflicts (imperial colonization, brute-force socialism, fascist occupation, genocide, and illiberal, nationalist-capitalist revival), while enduring a wide range of the century’s technological hazards (from mustard gas and trench warfare to nuclear disaster). 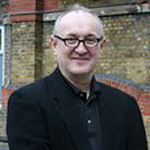 European migration and border management policies and architectures have changed rapidly over the past decade. In this presentation I analyze some of the ways in which European Neighborhood Policy, the Global Approach to Migration, and current struggles over migration and asylum are re-working conceptions of borders, borderlands, space and sovereignty in the region. 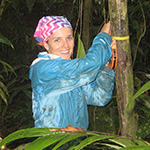 Contemporary human activities worldwide are altering the resources required by plants (e.g., carbon dioxide, water, soil nutrients) at an alarming rate. Understanding how ecosystems are responding to these resource alterations is important for predicting feedbacks between the atmosphere and the biosphere, which have large impacts on global climate and thus human society. Because of their key role in the global carbon cycle, this is particularly important in tropical forests. My work has focused on understanding the mechanisms by which changes in soil nitrogen (N) and phosphorus (P) affect forest productivity, concentrations of nutrients in plant tissues, and emissions of greenhouse gases from the forest floor in lowland tropical rainforests. In 2007, we established the first N and P forest fertilization experiment in a lowland tropical rainforest, where we have been exploring multiple ecosystem processes for the past nine years. Overall, results from this experiment suggest that complex interactions between N and P (and potentially other nutrients) control nutrient acquisition and use in this tropical forest, and that tree species identity is an important factor in predicting responses to increased nutrient availability. In addition, we found that N availability can lead to more than 10x increases in nitrous oxide emissions from the forest floor, highlighting the importance of considering nutrient availability when modelling the role that tropical forests will have in future climate. 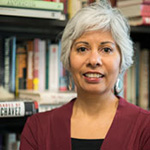 In this talk I argue that the environmental justice movement has failed in one of its stated goals: improving the environments of vulnerable communities. Looking at both national level data as well one particular polluter in Los Angeles, I examine the role of neoliberal multiculturalism and racial capitalism in contributing to the movement's failure to address the environmental racism gap. 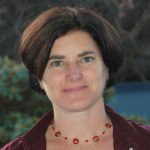 This talk considers everyday assessments of state capacity, service quality and notions of citizen responsibility related to water access and governance across several underserved areas of Cape Town, South Africa and Accra, Ghana. Conceptually and methodologically, I argue that everyday citizen perspectives are key for a critical perspective on state building governance processes. Theoretically, the work speaks to broader interests related to differentiated and uneven services and infrastructures as key to both perceptions regarding the role or legitimacy of the state, as well as individuals’ own senses of responsibility as citizens. The analysis reveals a host of interesting insights related to these connections. Among them, that water quality and satisfaction are linked to trust in government in South Africa, but not to the same degree for Ghana. As well, although a number of indicators of water access and quality appear to be very good in South Africa, there is nonetheless deep contestation related to water services, ongoing senses of dis-enfranchisement, and an unequivocal sense that the government should be doing more. For Ghana, we see a complex portrait where access to and quality of water is important for people’s daily lives, but is perhaps less strongly connected to senses of government responsibility and legitimacy. These results cannot be read at face value, as derivative of service quality, but also must be read against other key features of history and context (most notably, the strong focus on equitable service delivery in the context of post-Apartheid South Africa). In addition to analysis of these questions based of a (2012) survey, the presentation will also address other insights and possibilities made possible through our use of participatory video to enrich the discussion. While emphasizing different themes, the arts-based qualitative aspects of the project highlight other important issues related to everyday lived dimensions of water access and quality, while also exploring insights related to citizen subjectivities, and possibilities for participatory water governance. 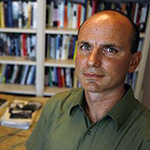 Because of war, Vietnam was one of the most aerially photographed countries in the world before 1975. This collection of photography includes American Army Air Force photos from 1943-45, French air photography in the 1930s and 1950s, millions of U.S. military photos after 1965 and U.S. spy satellite photographs taken in the late 1960s as well as multispectral scans in the 1970s. These collections comprise a rich, largely unexplored set of historical and geographic documents about Vietnamese landscapes during periods of war. This talk explores the history of aerial photography in Vietnam, the roles it played in shaping military and civil perspectives, and the politics of aerial perspective then and today.