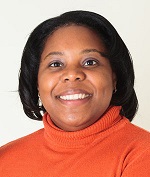 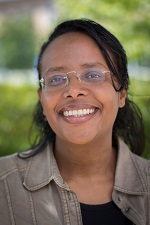 Erosion of topsoil, and associated bulk soil organic matter (SOM) and pyrogenic carbon (PyC) impose significant controls on dynamics of SOM in eroding, dynamic landscapes. As of yet, the relative lateral distribution and export of bulk SOM vs. PyC from eroding upland, fire-affected forested ecosystems has been poorly quantified. The extent of both bulk and PyC erosion from eroding watersheds depends on SOM concentration, composition and stability in eroding slope profiles, the type and rate of erosion, and time since and severity of past fires. In this presentation I will discuss how and why erosion affects soil carbon dynamics and the interactive effects of fire and erosion in dynamic fire-adapted landscapes in the Sierra Nevada mountain range of California.

Property law structures relations of access and use; private property protects access to some while denying access to others. In that sense, property is of constitutional significance: it constitutes a social order, for better or for worse. I suggest that one way in which we can assess the constitutional work of property, both analytically and ethically, is in relation to a particular conception of 'legal precarity’. By this, I mean the ways in which many people have a ‘precarious’ access to property, governed by property relations that are 'liable to changed or lost at the pleasure or will of another'. I use this to consider the relationship between housing, poverty, and property law, focusing on the particular legal actions of eviction and trespass. 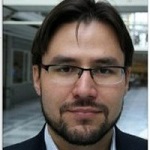 March 31 - Fighting for the future: competing land-use models in the history of protected areas in the Amazon
Raoni Rajao
Federal University of Minas Gerais

Geographers and more recently science and technology scholars have recognized the role of maps, remote sensing imagery and land-use models in not only representing but also governing the territory. As a consequence, these spatial representations have started to be studies not only for their epistemological aspects (i.e in/visibilities and their consequences) but also for the ways in which they perform the world in specific ways. Drawing upon this ongoing debate, this study examines the different land-use models that have shaped the creation of protected areas in the Amazon from the 1970s to the present. In particular, it shows that foresters, soil experts, veterinarians and more recently, biologists and simulation modelers have supported and fostered specific visions of both the present and the future of the Amazon. This examination indicates the central role of science and technology in both the colonization (and destruction) of the rainforest and the attempts to protect it. Furthermore, it reveals how the visions of the future embedded in these land-use models have been shaping the region in the last four decades.

How does labor migration affect Southeast Asian forests? Political forests and agroforests in Indonesia have been declining rapidly as millions of hectares are given over to industrial plantations and mines, aggravating rural labor surpluses and increasing rates of domestic and transnational migration.  In the mountains of Java, where such plantations and political forests date back to government land grabs in the nineteenth century, forests are being reconstituted and reconfigured by unusual subjects: the daughters and wives of contracted forest workers and other forest villagers.  Working as transnational domestic laborers in Hong Kong and other prosperous Asian cities, these landless women are sending remittances home that are being invested in rural resources dependent in new ways on the forest for their production.  Forest ecologies, household and village economies, and gendered labor and land relations are being transformed in radical and unexpected ways and changing power relations as well as the distribution of access to and benefits from this mountain forest.