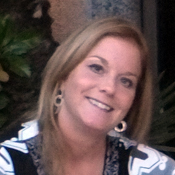 When I discovered geography, I was actually a senior in college and I had been taking a number of classes in International Studies. The school I was at had geography in the Engineering Department, which was pretty far removed from anything I was doing at the time. I happened to be flipping through the course catalog—which at that point was a physical book—and came across two courses that were taught, one of which was titled Reading Marx’s Capital and the second one, entitled—I was in Baltimore—Baltimore United and Leadership Development, which was the name of a local NGO there. They were both taught by someone in the Geography Department, so I went to those classes. I was enamored of the great David Harvey and, therefore, became a geographer. In deciding what to do for graduate school, I was still kind of split between anthropology and geography. The geography classes I took allowed me to sort of explore the world through different lenses and more multiple lenses than the anthropology courses that I took did.

What excites you about Geography?

What I like still about geography is the thing that attracted me to it, in the sense that I very much appreciate being able to apply multiple lenses to a particular kind of problem. And, I think that that is—thankfully—a trend in the discipline as a whole right now. We’ve always been sort of interdisciplinary, but working both within geography departments and then with other people, interdisciplinary approaches are really exciting— right now, especially—where you bring a bunch of people with different kinds of slices on a problem together and have people talk about that. I personally find that really interesting.

This is the perfect place for me to do the above with my work. Here, I have ideal colleagues to work with on my work with hazardous waste trading. I couldn’t do that without having a cartographer, like Rob Roth, who is a very special sort of scholar right now in that field. He is someone who appreciates visualization and cartography as much as different kinds of GIS studies. And then also working with people like Morgan Robertson who understands some of the environmental regulations behind hazardous waste trading and how different agencies work has also really helped me in the work I’m doing now.