People often ask, “So you’re a cartographer? Hasn’t everything already been mapped?” No, cartographers and GIS scientists are not explorers charting frontiers in an ancient time; we are artists, community organizers, data scientists, visual storytellers, and full-stack web developers. In an era of massive data sets and location-based apps, maps and geospatial data have never been more important, and the UW–Madison Cartography and GIS major covers the conceptual foundations and technical skills needed to harness maps and geospatial data to solve society’s most pressing problems. Courses range from graphic design and web mapping to big data analytics and mobile app development, with all courses having an important laboratory component to work with industry-standard cartography and GIS technology. So, yes, everywhere has been mapped in some form, but in a dynamic world driven by information and technology, cartographers are needed more now than ever to help us understand our changing planet.

Cartography/GIS majors receive foundational training in cartography, GIS, remote sensing, and Python programming for GIS, and complete advanced elective coursework in the areas of cartography, GIS, and programming they find must exciting. Cartography/GIS students also take breadth coursework in human, people-environment, and physical geography that supplements their training in geospatial technologies, are steeped in geographic theory and research methods, and complete a substantive research project as part of a senior capstone or an honors thesis. The Cartography and GIS major requirements are listed HERE on the Guide.

Students who are interested in learning more about the Cartography and GIS major are encouraged to schedule an appointment with the Geography advisor, Joel Gruley, at jgruley@wisc.edu or via Starfish. 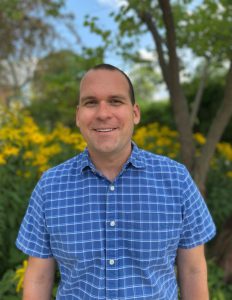 Joel Gruley is the undergraduate advisor for the Geography and Cartography/GIS majors. Joel was lucky enough to find and study Geography in college, and he taught it for several years at Madison College before joining the Department of Geography at UW-Madison. He’s passionate about helping students learn about and navigate this exciting field.

Cartography and GIS is a booming profession, but remains one of the biggest secrets on campus because of the limited treatment of Geography in K-12 education. The U.S. Department of Labor reported that there were 425,000 US residents working in the geospatial industry in 2010, and the National Research Council estimates this could exceed 2 million soon. Cartography and GIS recently was rated the #1 profession in engineering, in part due to its extremely low unemployment rate (less than one percent of students with degrees!), strong future growth of the job market, and relatively low-stress rating. Our alumni work in local, national, and international government positions, as well as in private industry, including firms such as Apple, Google, Facebook, and Uber, and media outlets such as National Geographic, The New York Times, and The Wall Street Journal.