Our latest alumni profile is with Emily Toner, who received both an MS in Geography (2012) and an MA in Journalism (2013) from the University of Wisconsin-Madison. In her Geography master’s program, she studied World War II Japanese American internment camp gardens in Colorado under the guidance of Professor Erika Marín-Spiotta. Emily was recently awarded the prestigious Fulbright-National Geographic Digital Storytelling Fellowship, and will use the opportunity to travel to Ireland and research the science, politics and culture of Irish peat bogs.

What drew you to the Geography M.S. program at UW-Madison?

My background was in soil science and agronomy when I was applying for graduate school, and I wanted to take that in a more interdisciplinary, people-focused direction. An important draw to UW-Madison’s geography department was a strength in both physical geography and people-environment research. A deciding factor was meeting with faculty and feeling that I would be well supported in my interdisciplinary research interests.

Can you tell us about the research you did with Erika Marín-Spiotta as a graduate student in Madison?

Under the guidance of Erika Marín-Spiotta, I studied World War II Japanese American internment camp gardens in southeastern Colorado using soil chemistry analysis as well as archival research. Through those methods, I was able to build out a thesis and really, a story, about the legacy that these gardens had on both the landscape and the people in the camp, internees and staff. We partnered with archeologist and University of Denver faculty Bonnie Clark to sample garden soil as she excavated them, which is how we were able to accurately analyze 65-year-old former garden site. A major resource for my archival research were the War Relocation Authority’s records held at University of California – Berkeley’s Bancroft Library. 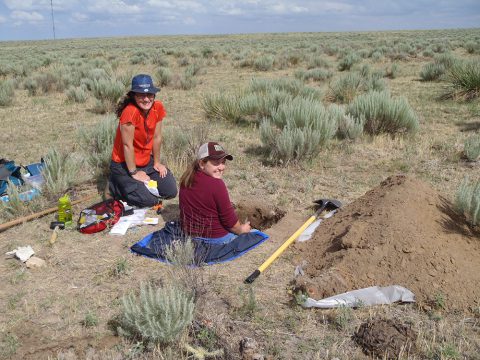 You have a dual Masters in Geography and Journalism–how has that combination effected the direction your career has taken since graduation?

Each degree emphasized different ways of thinking and investigating the world. Geography introduced frameworks that ask very deep and interdisciplinary questions about how we relate to our landscape, and how it the environment and our communities are mutually influential in shaping our world to be the way it is. Journalism is also about asking questions, with an emphasis on sharing what you find to the widest audience possible, which requires rigorous and creative storytelling skills. Combining those two, I often find myself in a space where I need to draw on or generate research that is directly shared and impactful for community use. My work with Purdue University Cooperative Extension as urban agriculture educator in Indianapolis is an example fo that. This new fellowship, in partnership with The Fulbright Program and National Geographic also follows that trend. 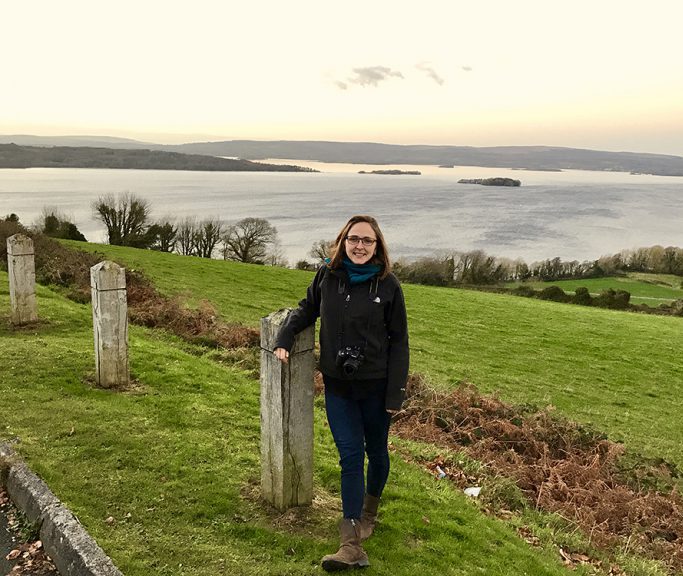 You were recently awarded a Fulbright-National Geographic Digital Storytelling Fellowship. What do you plan to do with this exciting opportunity?

I am traveling to Ireland for nine months to research and share stories about the special type of carbon-dense soil found in peat bogs.

Though covering only 3% of land globally, peatlands hold 25% of the world’s soil carbon.

Why peat bogs in Ireland? Peat bogs are environmentally and culturally rich spaces. Though covering only 3% of land globally, peatlands hold 25% of the world’s soil carbon. That is the carbon equivalent of half the carbon dioxide in our atmosphere, or three times the amount of carbon stored in tropical rainforests. While in the ground, peat soil is a stable carbon reservoir. However, like many carbon-rich natural resources, countries harvest and burn peat as fuel, releasing its carbon back into our increasingly saturated atmosphere.

Peat bogs cover 20% of Ireland and hold an iconic place in Ireland’s collective identity. Bogs are also important for Ireland’s energy economy because they offer a carbon-rich soil the Irish have burned as fuel for centuries. Burning peat was recently banned by the European Union and Irish government as strategy to mitigate climate change. My project explores the changing Irish relationship to peatland, including stories about the science, politics and culture of Irish bogs.

Why is it important to have geographers out in the world?

Geographers bring a valuable framework for thinking about why the world is the way it is. Curious, creative thinking that combines understanding of physical features, ecology and human communities is needed. I see geographers working across disciplines and thoughtfully engaging with the big questions facing our world. We need meaningful dialogue, geographers help put that forward.