The Department of Geography is pleased to announce the winners of our 2016 Department awards.

Every year, the department gives two Whitbeck awards to Ph.D. candidates in the final writing stages their degree. Each provides one semester of support and is intended to create the space needed to finish writing a dissertation.

Mario Bruzzone and Andy Davey were selected from a larger-than-usual pool of Whitbeck Graduate Dissertator Award nominees. Mario’s dissertation title is I Always Climb on the Train Praying to the Lord”: Political Economies of Violence in the Long Transit of Central Americans across Mexico. Andy’s dissertation title is Holism and Fracture: Environmental and Moral Education at American Colleges and Universities 1960-Present. END_OF_DOCUMENT_TOKEN_TO_BE_REPLACED 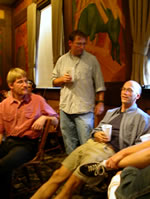 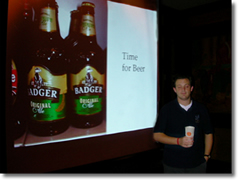 Registration is now open for Summer 2016 courses. Here are the courses, including three online classes, offered by the Geography Department this summer.

GEOG 170:  Our Digital Globe: An Overview of GIScience ONLINE

News and Notes from the UW Madison Department of Geography!