J. B. Harley, Founding Editor
Volume 1, Volume 2.1, Volume 2.2
J. B. Harley (1932–1991) was a geographer, cartographer, and map historian at the universities of Birmingham, Liverpool, Exeter, and Wisconsin–Milwaukee. He co-founded the History of Cartography Project along with David Woodward. Harley’s work has gained broad prominence among geographers and social theorists, and it has contributed greatly to the emerging discipline of critical cartography.

David Woodward, Founding Editor
Volume 1, Volume 2.1, Volume 2.2, Volume 2.3, Volume 3
David Woodward (1942–2004) was Arthur H. Robinson Professor of Geography Emeritus at the University of Wisconsin–Madison, where he taught for more than twenty years. Along with the late J. B. Harley, he was founding editor of the History of Cartography Project. In 2002, the Royal Geographical Society honored him with the Murchison Award for his lifelong contribution to the study of the history of cartography.

G. Malcolm Lewis, Editor, Volume 2.3
G. Malcolm Lewis, formerly a reader in geography at the University of Sheffield, UK, edited Volume 2.3 in the series, with David Woodward. Mr. Lewis has received numerous awards and fellowships for research interests that include the historical perception of landscape, Native American mapping, and cartographic communication. He currently resides in Sheffield, England.

Matthew H. Edney, Project Director 2005–Present and Editor, Volume 4
Matthew H. Edney has directed the History of Cartography Project at the University of Wisconsin–Madison since 2005. Since 2007 he has also held the Osher Chair in the History of Cartography at the University of Southern Maine, which he joined in 1995 as faculty scholar in the Osher Map Library and Smith Center for Cartographic Education and where he teaches in the department of Geography-Anthropology. Broadly interested in the nature and history of maps and mapping, Prof. Edney’s current research focuses on colonial British North America and New England.

Mary Sponberg Pedley, Editor, Volume 4
Mary Sponberg Pedley has been associated with the University of Michigan’s William L. Clements Library since 1984. Her undergraduate degree is in Classical Studies (Greek and Latin) and her Ph.D. is in Geography from the University of London. Her research interests focus on map production and commerce in eighteenth-century France and England. In addition to being editor of Volume 4, she is also the associate editor of Imago Mundi: The International Journal of the History of Cartography and the assistant curator of maps at the Clements Library.

Roger J. P. Kain, Editor, Volume 5
Roger J. P. Kain is a graduate and fellow of University College London and was Montefiore Professor of Geography (1991–2010) and Deputy Vice-Chancellor (2002–10) at the University of Exeter. Since 2010, he has been Dean and Chief Executive of the School of Advanced Study, University of London. He was elected a Fellow of the British Academy in 1990 and appointed CBE in 2005. Professor Kain’s personal research in the history of larger-scale modern mapping in the United Kingdom, and in property mapping generally, has entailed seven externally-funded research projects and has produced a number of award-winning books.

Mark Monmonier, Editor, Volume 6
Mark Monmonier is a university professor and writer working in Upstate New York. He teaches courses on map design, geographic information policy, environmental hazards, and map history at Syracuse University’s Maxwell School of Citizenship and Public Affairs. He has been teaching at Syracuse University since 1973, and in 1998 they promoted him to Distinguished Professor. Fascinated by innovative mapmaking technologies and the growing diversity of map uses, he writes books that explore the impact of cartography on society, focusing on the 20th century.

Jude Leimer, Managing Editor, Volumes 1–6
Jude Leimer, M.S. in cartography (University of Wisconsin–Madison, 1982), has been with the Project since 1981. She has been the manuscript and reference editor for every published volume in the series and is an expert in the detailed editorial and production processes necessary to maintain the History’s quality.

Imre Demhardt, Coeditor, Volume 5
Imre Josef Demhardt, a native of Germany, is fluent in German, Dutch, and English and is a specialist in the histories of cartography and exploration in the nineteenth century. Previously at the University of Darmstadt, he joined the University of Texas at Arlington in 2008 as Virginia and Jenkins Garrett Chair in the History of Cartography and Greater Southwestern Studies. He chairs the International Cartographic Association’s Commission on the History of Cartography (2015–date).

Carla Lois, Coeditor, Volume 5
Carla Lois, a native of Argentina, is fluent in Spanish, French, and English and has a good reading knowledge of Portuguese and Italian. She is one of the leading promoters of the study of map history in Latin America, via the annual Simpósio Ibero-Americano de Historía da Cartografia, and was a member of the organizing group for the new International Society for the History of the Map. Dr. Lois’s own research currently addresses the modern mapping of Argentina and the visual epistemology of cartography. She teaches at the Universidad de Buenos Aires.

Sarah Tyacke, Assoc. Editor, Volume 4
Sarah Tyacke is a Distinguished Senior Research Fellow, School of Advanced Study, University of London, and Chair of the International Records Management Trust. She was Keeper of Public Records and Historical Manuscripts Commissioner for the UK government and Chief Executive of The National Archives of England and Wales from 1992-2005, and was responsible for the establishment of The National Archives in 2003.

Dennis Reinhartz, Assoc. Editor, Volume 4
Dennis Reinhartz is professor emeritus of the University of Texas at Arlington, where he spent 35 five years as a professor of history and Russian. He has edited and contributed chapters to numerous academic books, including Mapping of Empire: Soldier-Engineers on the Southwest Frontier and The Mapping of the American Southwest.

Robert W. Karrow, Jr., Assoc. Editor, Volume 4 and Volume 5
Robert W. Karrow, Jr. was curator of special collections and maps in the Roger and Julie Baskes Department of Special Collections at the Newberry Library. He has authored or edited numerous books about maps and the history of mapping, including Maps: Finding Our Place in the World (with Jim Akerman) and Mapmakers of the Sixteenth Century and their Maps. 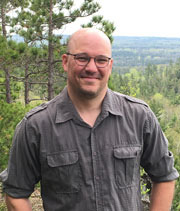 Peter Nekola, Assoc. Editor, Volume 5
Dr. Peter Nekola was assistant director of the Hermon Dunlap Smith Center for the History of Cartography, Newberry Library, Chicago, and starting in September 2017, will be assistant professor of philosophy, Luther College, Iowa. He is broadly trained in philosophy and history, more specifically in the history of geographical science in the modern era (19th and 20th century), and he is an expert in modern environmental history. Dr. Nekola is also a contributor to Volume 5.

Claudia R. Asch, Assoc. Editor, Volume 5
Claudia R. Asch was editorial communications and research assistant for Volume Six and then Volume Five. Her extensive experience in assisting contributors and her own experience writing several entries for Volume 6 made her an obvious choice as associate editor. Dr. Asch is also an honorary fellow of the School of Advanced Study, University of London.

Peter Barber, Assoc. Editor, Volume 5
Peter Barber was formerly Head of Maps at the British Library. He is an expert on many aspects of map history, including the personal use of maps by British monarchs. Barber has contributed to Volumes 3, 4, and 5.

Peter Collier, Assoc. Editor, Volume 5 and Volume 6
Peter Collier, formerly with Portsmouth University, United Kingdom, is an expert in military and topographical mapping in the nineteenth and twentieth century. He is active in the International Cartographic Association Commission on the History of Cartography. Collier was also a major contributor to Volume 6.

Karen S. Cook, Assoc. Editor, Volume 6
Karen S. Cook is a Special Collections Librarian in the Kenneth Spencer Research Library, University of Kansas, responsible for books and manuscripts from the Old World. Dr. Cook is an expert in the history of map printing technologies and has contributed to Volumes 4, 5, and 6.

A. Jon Kimerling, Assoc. Editor, Volume 6
A. Jon Kimerling is Professor Emeritus of Geography, Environmental Sciences, and Marine Resource Management at Oregon State University. He has also been the editor of Atlas of the Pacific Northwest since 1979.

Joel L. Morrison, Assoc. Editor, Volume 6
Joel L. Morrison is a national and international leader in the areas of cartography and management of spatial data. He received his MS and Ph.D. from the University of Wisconsin and is Professor Emeritus of Geography at The Ohio State University.

Ahmet T. Karamustafa, Assistant Editor, Volume 2.1
Ahmet T. Karamustafa is Professor of History at the University of Maryland, College Park. His expertise is in social and intellectual history of medieval and early modern Islam in the Middle East and Southwest Asia as well as in theory and method in the study of religion.